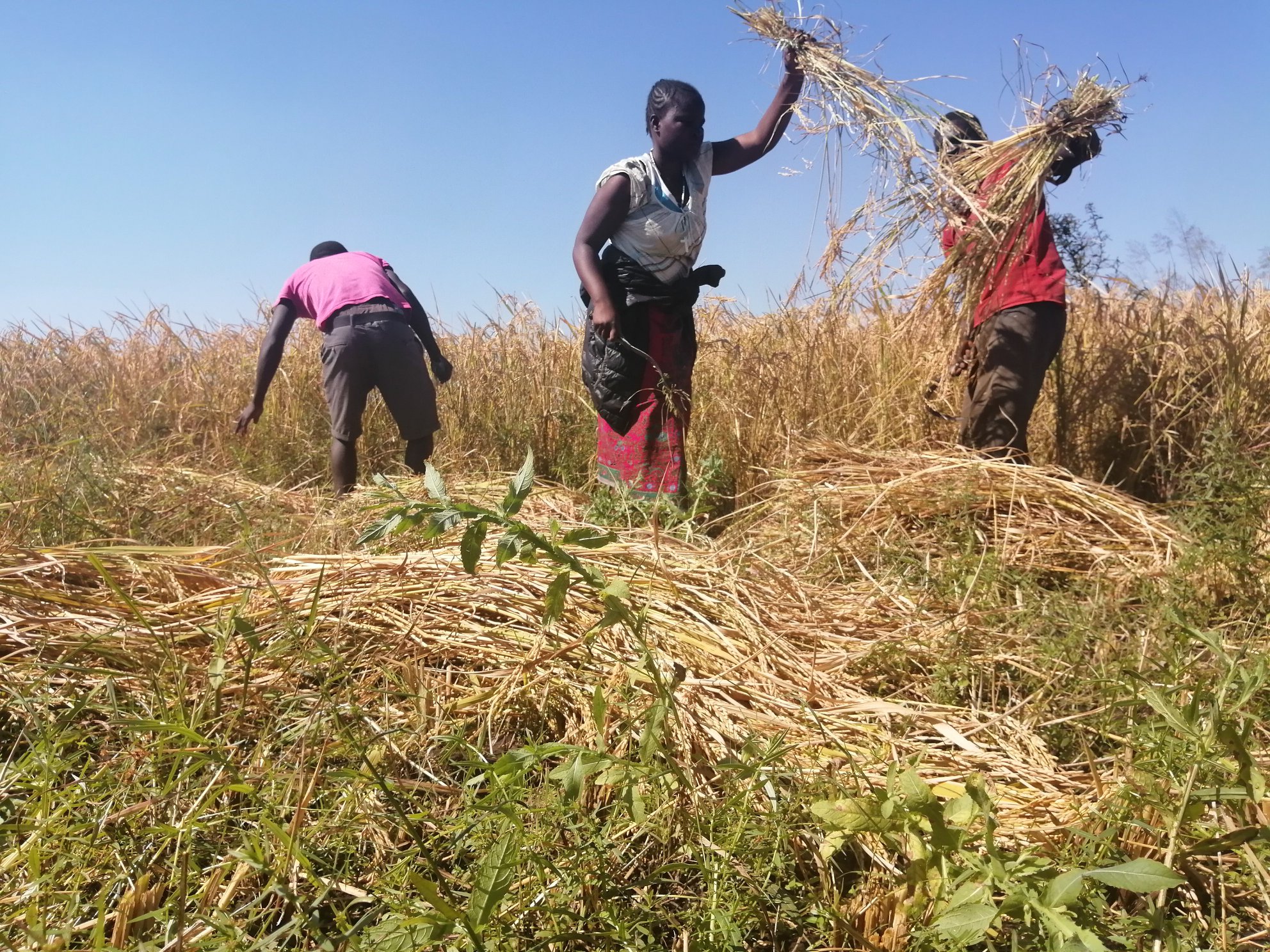 Malawi is littered with roads that are dusty, rendering travel in some parts of the country an experiment at torture.

For traders and other residents in such areas, life hardly presents a tableau of bliss the tag ‘Warm Heart of Africa’ purports it to be.

Even when most rural dwellers are not expected to drive on those roads, they cannot escape the positive impact of roads on their lives.

According to Roads Authority (RA) statistics, roads handle more than 70 percent of internal freight traffic and 99 percent of passenger traffic, making them the most dominant mode of transport in Malawi.

RA adds that the national road network is composed of 15,451 kilometres (km), of which about 26 percent are paved.

“The rest of the road network (74 percent) is of earth/gravel surface,” it says, adding that studies carried out in 2005 identified about 10,000km of undesignated road network that serve the rural communities.

This [the last part] is the road network that is largely untarred and it seems that, somehow, someone does not seem to be heartily ashamed of, let alone care about, the situation.

So, in the end, earth roads have become one of the visible indicators’ of poverty’s far-reaching waves.

However, such a bad situation seems to be in danger. Yes, it may not last.

Why? Over a quarter of a million households are expected to benefit from over 1000km of rural roads to be upgraded and rehabilitated, thereby connecting agricultural markets in over 10 districts.

At the heart of such transformational efforts is the Agriculture Sector Wide Approach Support Project (Aswap-SP II). The project is called the Rural Roads Improvement Programme (RRImP).

The three-month long project is also a means of equipping and assessing the capacity of district councils in managing roads under their jurisdiction, a function still under RA.

An improved rural road network is geared to increase the volume of production of selected agricultural commodities by 20 percent, according to Aswap-SP II projections.

Additionally, the targeted roads— which are totally or nearly impassable during the rainy reason— will, after improvements, facilitate farmers’ access to markets by ensuring that 100 percent of marketing centres are connected to the RRImP rehabilitated roads.

About 50 percent of those benefitting from the project are female farmers. Road construction works kick off in July 2019, three months behind schedule.

Aswap-SP II is a multinational Trust Fund with five contributors, which include the European Union (EU), Irish Aid, United States Aid for International Development, Flanders State of the Art and the Royal Norwegian Embassy. It is administered by the World Bank.

Its objectives are to promote agriculture productivity and improve accessibility to markets.

It covers rural roads in Chitipa and Mzimba in the Northern Region. In the Central Region, six benefitting districts are Mchinji, Ntchisi, Kasungu, Dedza, Ntcheu and Lilongwe. In the Southern Region, Mulanje, Zomba, Thyolo and Phalombe will have their rural roads rehabilitated or upgraded in the next 90 days.

The road component is funded by the EU through a Trust Fund administered by the World Bank.

The roads will link farmers to market centres, Msatilomo enthuses, adding that: “The roads will also improve delivery of inputs to farmers in the target areas. Each district made a choice of its value chain of crops linking to the project.”

Apart from farming, the roads will link community members to schools and hospitals. Msatilomo says 84km of the roads will be bitumised and 116km will be rehabilitated to gravel level.

Project implementers have bought vehicles, Information, Communication Technology equipment, among others, to build the capacity of district officials.

Some districts had done all preparatory work for the project by April this year. For example, in Mzimba North, a rural road that started as the local community’s own initiative has been targeted for rehabilitation.

The 10-km rural road off Mzuzu–Karonga Road at Endongolweni will open the area to markets. The road will be used by seven farming villages.

In addition, in Group Village Head Timeyo Mzuku Shona, there are 189 farmers earmarked to benefit from the project while six other villages where the road passes through will reap the benefits as well. Due to poor condition of the road, farmers have had problems taking their agricultural produce to Ekwendeni, 14km from the village.

“We are eager for the project and ready to contribute what we can to this project. You can see that we already started constructing this road at our own initiative. This is an indication of our level of commitment and thirst to have this road constructed. This clears any doubts lingering about our willingness to take part in this project,” Timeyo Mzuku Shonga says.

The traditional leader, whose area is a model village, says his area grows a number of crops but his subjects lack access to markets, putting them at the mercy of vendors. Farmers cultivate maize, soya beans, cassava, bananas, tomatoes and pepper.

Linley Chavula, a lead farmer, says women bear the burden of such problems.

In fact, women have, for a long time, endured the pain of miscarriages on their way to the hospital at Ekwendeni while some have tragically lost their children while connecting on foot to the tarmac road en route to the hospital, some 14km away.

“Cases of these tragedies can be minimised with a good road to our village. An improved road is our answer to the many problems we face here,” Chavula says.

Community involvement will be crucial in maintaining the road.

A total of 76km of rural roads will be rehabilitated or upgraded in Ntchisi, according to Director of Public Works Isaac Mdindo.

The project is valued at K2,119,937,237.93, targeting 10km of low volume seals and 66km of gravel, thereby connecting food producers in the district to markets. The project is expected to reach out to 21,885 beneficiaries with agricultural assets and services.

“Each council has its own roads to take care of,” Kumwenda says, adding that district councils are in charge of all district roads and undesignated roads.

He says the majority of roads under district councils need to be upgraded or rehabilitated to all-weather roads so that farmers can easily access markets.

“We would want them to have access to better markets,” he says.

In terms of capacity, district workers have been trained in procurement, especially where Aswap –SP II is supporting farmers. District council staff members were also trained in contract management as well as supervisory management, construction and maintenance of rural roads. The other component of capacity building was on road supervision as well as orientation on financial management, facilitated by the Road Fund.

Kumwenda says the Ministry of Local Government and Rural Development is expected to fill all vacant key positions in the Directorate of Public Works. Capacity of personnel is, in fact, underway.

Through the National Authorising Office, the Ministry of Local Government and Rural Development will also take on board temporary staff in consultation with The Polytechnic Civil Engineering Department. The interns will largely be female students in fourth year or those that have just completed their studies.

The Ministry of Local Government and Rural Development has also proposed that it should recruit engineers on non-established posts for Aswap.

Kumwenda says the ministry is relocating engineers, from districts that are not implementing road construction projects, to Aswap-implementing districts.

He also observes that training for supervisors ought to be lengthy to enable them to handle road projects.

Kumwenda further says the transport sector needs devolution to allow district councils to take charge of roads under their jurisdiction. He says, initially, districts can work in clusters on the road projects to complement each other, considering that shortage of personnel is another challenge.

Principal Civil Engineer in the Ministry of Transport and Public Works, Edwin Matanga, says, for further capacity building of district staff, a facility at Zomba Training Centre is handy for such a task.

He says road supervisors can do theory in the first year and practical in second year, in both cases focusing on construction, maintenance and rehabilitation.

“You see, people can benefit from rain water if they allow it to flow in their fields. That is why some community members are undergoing training in how to maintain and sustain roads,” he says.

Surely, the road to tarred roads is being paved.