Travelling in the steep slopes of the mountainous Thyolo and Mulanje districts, the evergreen cover of tea and bananas ushered a beautiful scenery to travelers just a decade ago.  Not long ago, a good number of graduates we see today managed to complete their education with money realized from banana sales. Parents and guardians in the two districts and other parts of Malawi counted on banana bunches for food and income.

The benefits of bananas to the farmer and everyone are multifaceted. Matured green bananas are in some parts of the country cooked and eaten as a staple food. When ripen, they are eaten as a fresh fruit very rich in vitamins. Bananas make good sales on the market and the demand for the fruit is never quenched, as such, they are also grown as a cash crop.

“Bananas have greatly contributed to the social-economic development of my area and the whole country, Malawi. . Banana farming is not an energy intensive farming activity, doesn’t require fertilizers but its demand is always increasing and makes good sales”, says Senior Chief Mthiramanja of Mulanje.

Nevertheless, banana production in Malawi has in the past decade been declining and threatened to extinction due to the occurrence of Banana Bunchy Top Disease (BBTD) which is caused by the Banana Bunchy Top Virus (BBTV). BBTD has spread to almost all the areas and districts where bananas are grown in the country. This has greatly disturbed the social-economic development of the farmers who heavily depend on the fruit for food, nutrition and income.

“Bananas assist us a lot. When our fields were attacked and destroyed by BBTD, we were stranded and hopeless. We didn’t know what to do and we were facing a lot of challenges to acquire some basic needs of our lives”,  laments Martha of Mawira village under Mkosi of Loti Moyo model village in the area of Traditional Authority (T/A) Mthwalo in Mzimba.

The need to revamp banana production in the country has been frequently underscored by different stakeholders in the agriculture sector including the farmers themselves.

In a bid to restore banana production and bring back the splendor of the industry in the country, the second Agriculture Sector Wide Approach Support Project (ASWAp – SPII) is supporting the propagation of clean banana suckers at different designated areas and sites in the country. The clean and disease free suckers are distributed to community propagating fields and further to individual farmers to plant in their respective fields.

Agriculture Research Stations such Lunyangwa in Mzimba, Chitedze in Lilongwe and Bvumbwe in Thyolo are producing clean planting materials which are distributed to farmers with support from the project.

According to Banana Technicians at the stations, they have mother orchards with clean banana planting materials where they get corms which are prepared for planting in the humidity chambers for propagation.  When the corms sprout, primary suckers are killed while secondary suckers are kept and hardened off in tubes for two weeks within the chambers and later distributed to farmers for planting in their fields

Through macro propagation with corms, every three months each corm produces over 25 suckers. There are two beds in the chamber where propagation is currently being done at the stations with 300 corms on each bed. This means through this method alone, the stations on average are producing over 15000 suckers every three months.  The stations propagate four banana varieties of Nzeru, Mulanje, William and Grand Nine according to farmers’ demand.

Lunyangwa Research Station Manager Tony Harris Maulana, says ASWAp – SPII has greatly assisted in the restoration of the banana industry in the northern region and the country at large.  According to Maulana the station multiplies the clean banana planting materials in three ways.

“ASWAp – SPII has helped us a lot in restoring the banana industry. We do multiply clean planting material in different ways. One is to use tissue culture lab which we have here at Lunyangwa. The other one is to use the corm system. We can use split corm or whole corm to produce suckers. The other way is that we are increasing the hectares so that we can get a lot of suckers from there. We have at the moment 8 hectares for banana plantation where we harvest the suckers and then distribute to farmers” he said.

One of the established community nurseries for banana propagation is Nazidongo Banana scheme in Thyolo which was established in 2019. The members of the scheme received 300 clean suckers from ASWAp – SPI and planted the suckers. The scheme has at the moment distributed 89 suckers to its members and sells some suckers to non-members.

Joyce Nazidongo, chairperson of the scheme says, the nursery has brought hope for banana production in the area which was almost become extinct. She says members of the scheme and other villages are benefiting a lot from the scheme as they are now getting disease-free banana suckers.

“Before ASWAp – SPII, we had no bananas here following the attack by BBTD. But when the community nursery was established I got suckers from there and started my own nursery where I am multiplying and selling the suckers. This has given hope for the restoration of banana farming in this area”, she said.

Speaking during a visit to farmers at Magunda in Thyolo, Minister of Agriculture Honorable Lobin Lowe MP, admitted that banana production in the country has significantly declined and we are importing the fruit from our neighboring countries. He further indicated that government through projects such as ASWAp – SPII is doing everything possible to bring back banana farming to its usual state.

Lowe said, “If you follow history you will agree with me that Thyolo and Mulanje used to be our food baskets particularly in the supply of bananas but due to BBTV the industry collapsed and we are eating bananas from our neighboring countries. As government, we have special programs which aim at revamping the industry. We are encouraging farmers to uproot all the infected plantations and we are providing them with clean banana suckers”.

Government and the donor community continue to support farmers through different initiatives and projects to revamp and restore the banana industry in Malawi through the propagation and distribution of clean planting materials. The country through projects such as ASWAp – SPII will not long from now restore banana farming. 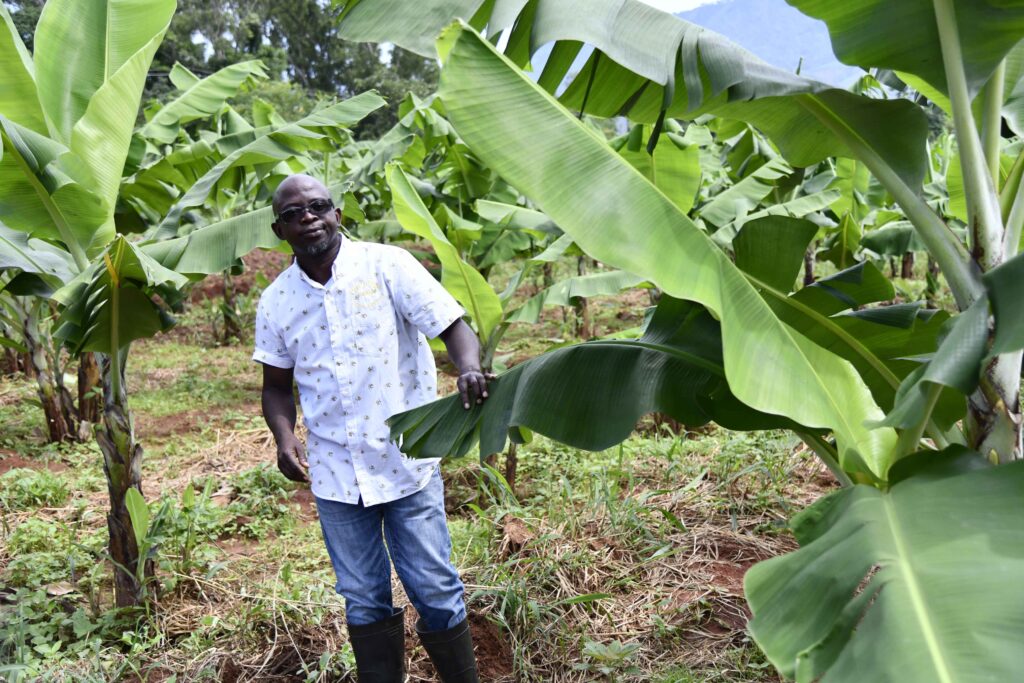 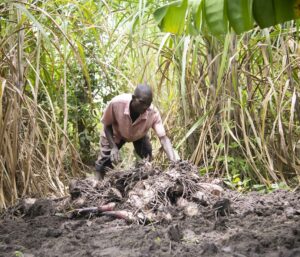